This article is for those who are planning to enjoy Bhutan holiday packages or looking at a potential currency exchange to know more about the Bhutanese currency. Whether you’re traveling from India or another part of the world, this is everything you need to know about the Bhutan currency.

What Is Currency in Bhutan?

Ngultrum is the officially accepted currency of Bhutan. It is used for all economic trades at a professional level as well as at a local level. The Bhutanese currency code is BTN. The symbol is Nu. 100 cents make up 1 BTN. Chhertum is the way cents in Bhutan are called.

How to Recognized Ngultrum – Bhutan Money

The Bhutanese currency notes acceptable in the country are BTN. 1, BTN. 5, BTN. 10, BTN. 20, BTN. 50, BTN. 100, BTN. 500 and BTN. 1000. The notes of Ngultrum have something related to Bhutanese culture imprinted on them. The backside of each note has a picture of Dzong. For instance, a BTN. 500 note has a picture of Ugyen Wangchuk along with a Raven Crown on the front side. A picture of majestic Punakha Dzong is printed at the backside. all value notes have this pattern and each of them having a different picture. 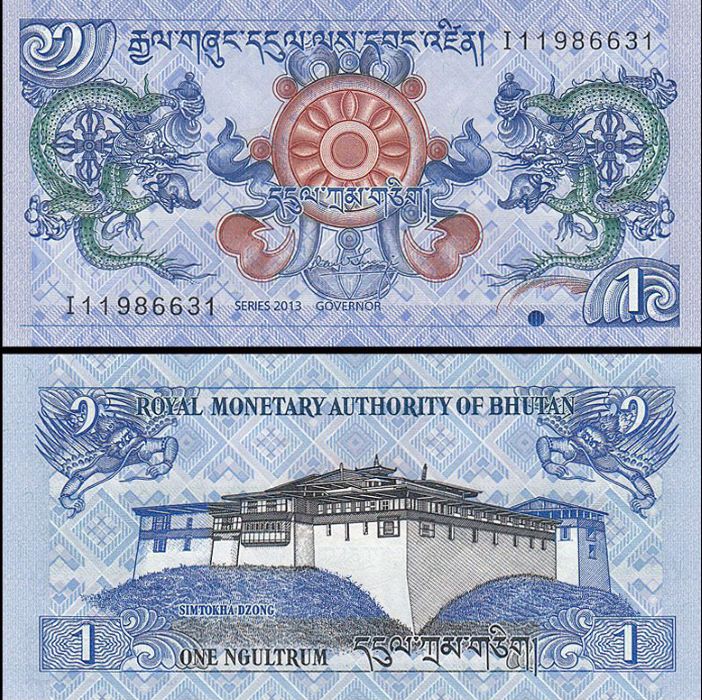 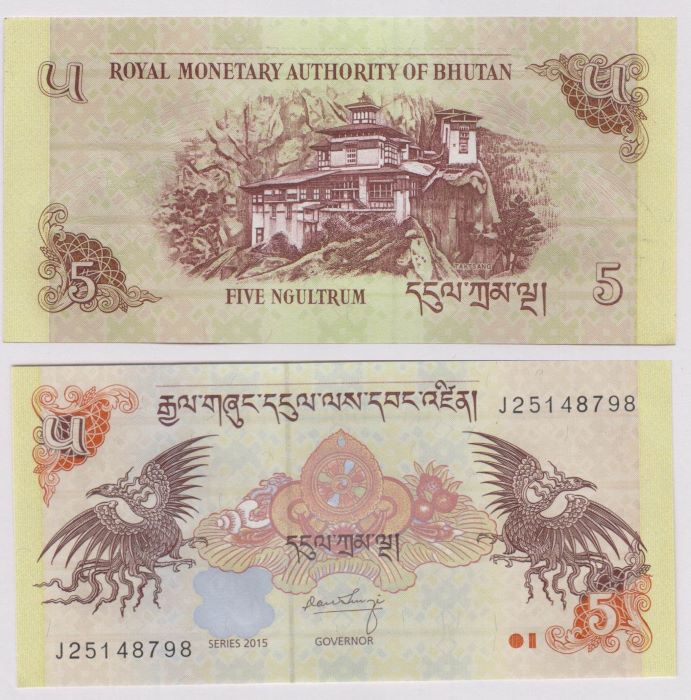 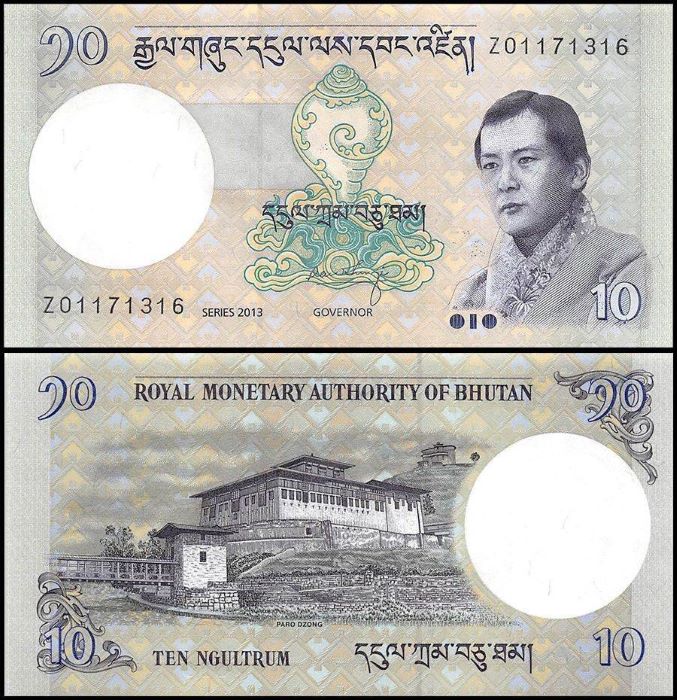 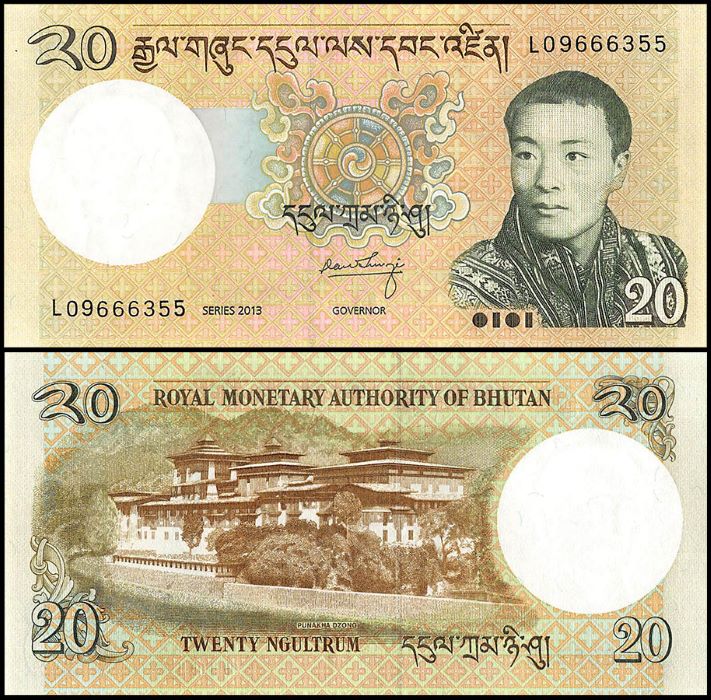 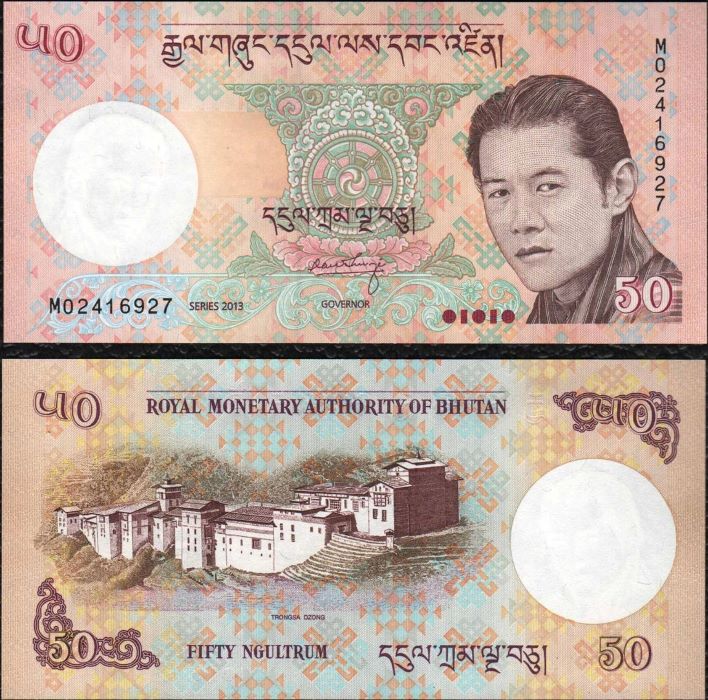 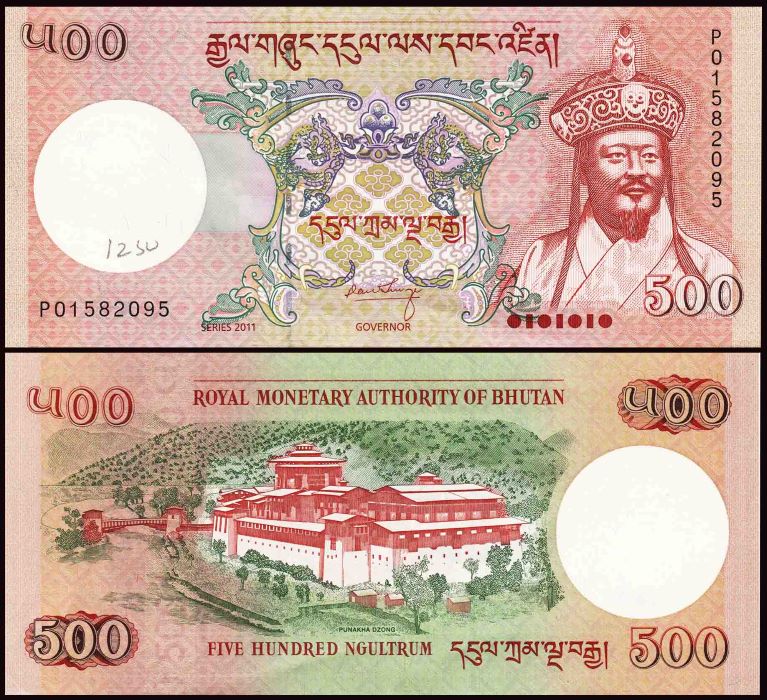 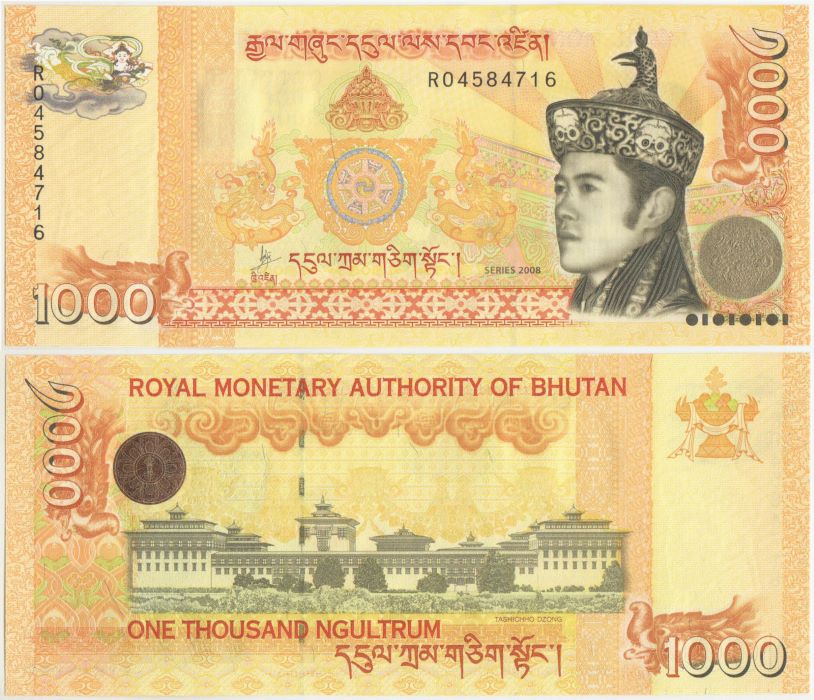 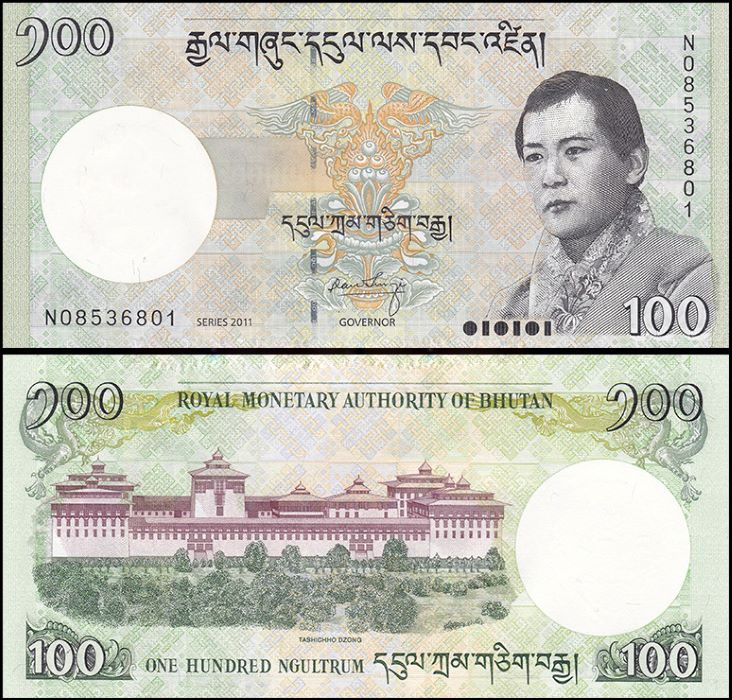 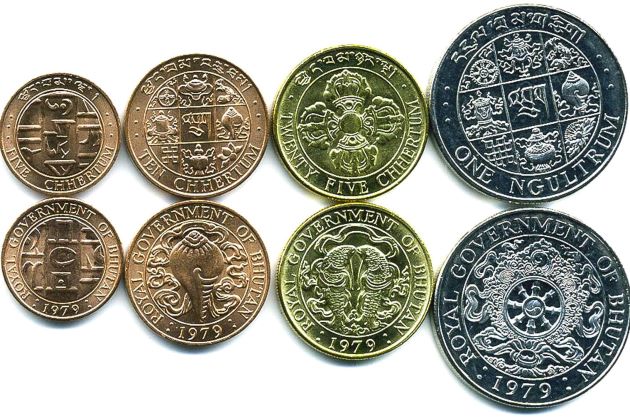 The fact that the Indian currency – Rupee (INR), is readily accepted in Bhutan. So the exchange rate from Bhutan currency to INR is 1 Rupee = 1 Ngultrum. However, the higher value notes like INR. 500, INR. 1000 or INR. 2000 are not accepted. So, using the official currency for higher-value transactions is highly recommended.

As seen, the currency of Bhutan is not accepted in any other country for transaction purposes. So, exchanging all the Ngultrum value notes before leaving Bhutan at the Paro International Airport is highly recommended.